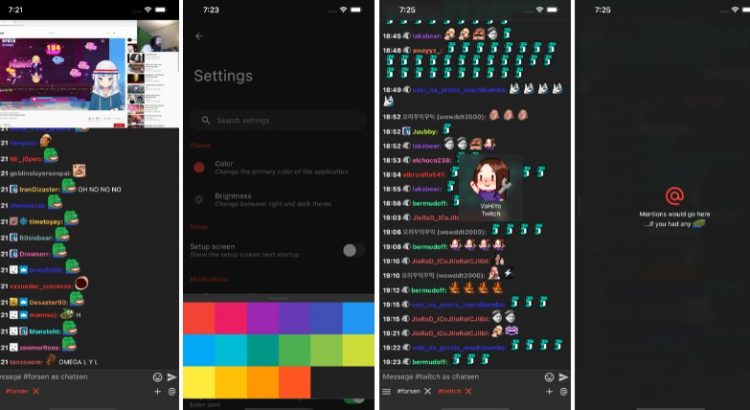 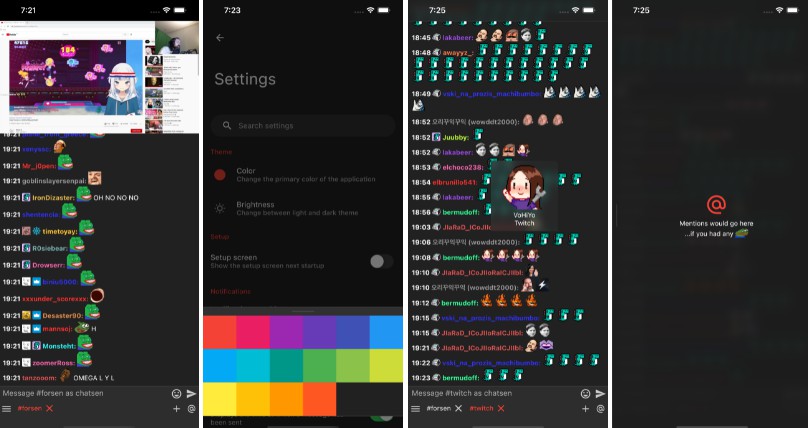 Chatsen is a cross-platform application that allows you to chat on Twitch with support for 3rd-party services such as 7TV, BTTV and FFZ.
It also features a built-in video player and a variety of other features, such as auto-completion, notifications (on supported platforms), whispers, and more to come!

The Chatsen logo was graciously made by @ayyybubu! You can find him on Twitter or Twitch

You can find the latest release for supported platforms (iOS, Android) here.

Support the project on Patreon and get some cool badges next to your username in return!
https://www.patreon.com/chatsen

To build Chatsen, all you should need is the Flutter SDK on the master branch and it’s required dependencies for your platform (Android Studio for Android and Xcode for iOS).
Running the following commands should allow you to build the application successfully:

You may also check the Github Actions file here for more details.

Chatsen is distributed under the AGPLv3 licence. A copy may be found in the LICENCE file in that repository. All the dependencies remain under their original licenses.

This project and it’s releases are provided as-is, no support is provided. Use at your own discretion.

Chatsen does not collect any personal or identifying information whatsoever. There are no servers, services or backend running related to the project either.
Since Chatsen interfaces with Twitch however, you are subject to their Privacy Policy available at https://www.twitch.tv/p/en/legal/privacy-notice/