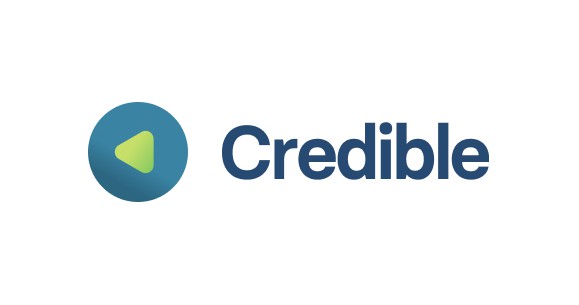 Credible is a native mobile wallet that supports W3C Verifiable Credentials and Decentralized Identifiers built on DIDKit and Flutter. We packaged the DIDKit library written in Rust into a Flutter application running on both Android and iOS, using C bindings and Dart’s FFI capabilities. This is the wallet counterpart to the rich, growing toolkit supplied by DIDKit, the two pillars of a reference architecture for creating trusted interactions at scale.

In the v0.1 release on February 10, 2021, Credible has not yet undergone a formal security audit and to desired levels of confidence for suitable use in production systems. This implementation is currently suitable for exploratory work and experimentation only. We welcome feedback on the usability, architecture, and security of this implementation and are committed to a conducting a formal audit with a reputable security firm before the v1.0 release. We are also working on large stability improvements through a continuous integration testing process across Android and iOS.

We are setting up a process to accept contributions. Please feel free to open issues or PRs in the interim, but we cannot merge external changes until this process is in place.

We are also in the process of listing Credible on the iOS TestFlight and Android Play Beta programs, and eventually their respective app marketplaces plus F-Droid.

To manually build Credible for either Android or iOS, you will need to install the following dependencies:

It is recommended to use rustup to manage your Rust installation.

On Ubuntu you could run:

For more information, please refer to the documentation of your favorite flavour of Java and your operating system/package manager.

Please follow the official instalation instructions available here to install Flutter, don’t forget to also install the build dependencies for the platform you will be building (Android SDK/NDK, Xcode, etc).

We currently only support build this project using the dev channel of Flutter.

To change your installation to the dev channel, please execute the following command:

To confirm that everything is setup correctly, please run the following command and resolve any issues that arise before proceeding to the next steps.

wasm-pack (Required for both WEB targets)

To build the WASM target you will need wasm-pack, it can be obtained running:

To build Credible for WEB using ASM.js you will need binaryen, which allows the conversion of DIDKit WASM to ASM.js. This is necessary when you don’t have WASM support and need to run your page in pure Javascript. More detailed instructions on how to build binaryen can be found here.

If you are in a UNIX-like distribution you just have to clone the repo and build, we recommend cloning into your ${HOME}, to avoid having to specify the ${BINARYEN_ROOT} variable:

This project also depends on two other Spruce projects, DIDKit and SSI.

These projects are all configured to work with relative paths by default, so it is recommended to clone them all under the same root directory, for example $HOME/spruceid/{didkit,ssi,credible}.

To build Credible for Android, you will require both the Android SDK and NDK.

If your Android SDK doesn’t live at $HOME/Android/Sdk you will need to set ANDROID_SDK_ROOT like so:

:::note Some users have experienced difficulties with cross-compilation artefacts missing from the newest NDK, which is downloaded by default in the installation process. If you experience errors of this kind, you may have to manually downgrade or install multiple NDK versions as [shown here])(img/ndk_downgrade.png) in the Android Studio installer (screengrabbed from an Ubuntu installation). Alternately, running all or parts of the install_android_dependencies.sh script may be helpful.

If your build-tools and/or NDK live in different locations than the default ones inside /SDK/, or if you want to specify a specific NDK or build-tools version, you can manually configure the following two environment variables:

To build Credible for iOS you will need to install CocoaPods, which can be done with Homebrew on MacOS.

To build DIDKit for the Android targets, you will go to the root of DIDKit and run:

To build DIDKit for the iOS targets, you will go to the root of DIDKit and run :

If you have installed bynarien somewhere other than $HOME, you will have to set BYNARIEN_ROOT as shown below, otherwise, just run the make command.

You are now ready to build or run Credible.

If you want to run the project on your connected device, you can use:

If you want to run the project on your browser, you can use:

Otherwise, Flutter allows us to build many artifacts for Android, iOS and WEB, below you can find the most common and useful commands, all of which you should run from the root of Credible.

If you don’t have support for WASM, you’ll probably need to provide your own canvaskit dependency without WASM as well as DIDKit, to do that you need to specify the FLUTTER_WEB_CANVASKIT_URL in the build command like below.

For more details about any of these commands you can run

Since by default canvaskit comes in a WASM build, in order to the ASM.js be fully supported canvaskit was manually built for this target.

A prebuilt canvaskit is already included in the Credible web folder. If you want to build it by yourself, however, follow these steps:

If you encounter any errors in the build process described here, please first try clean builds of the projects listed.

For instance, on Flutter, you can delete build files to start over by running:

Also, reviewing the install_android_dependencies.sh script may be helpful.