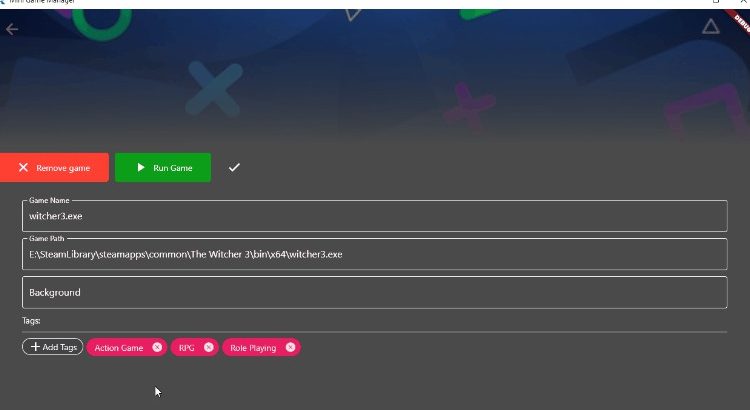 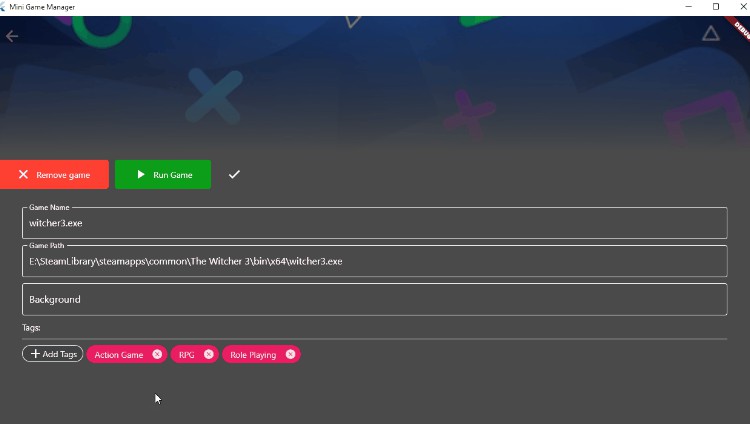 Mini Game Manager for games that don’t come on your favorite platforms such as steam or origin. The focus of this app is to create a game manager that works on Windows and enables users to import games from itch.io or Patreon and manage them from one software.

There are still a lot of known issues while working with Flutter version 2.10.3. You can download the repo and initialize it using Flutter and attempt running it using the Windows 10/11 SDKs provided by Visual Studio (not VS Code). But I haven’t attempted to run or had anyone to run it on another PC. Knowing how many issues I had it is still buggy. If you can’t solve the issue let me know and I may be able to help.

A quick break down of the versions, and what they implement:

You can support me by watching or subscribing to my GitHub. Downloading this project will forever be FREE!

If you are intersted to participate by creating features, and additions, or know how to implement custom plugins, feel free to contact me. This is an opensource project created on Flutter.